How To Nail the Business Meal

Avoid a fiasco and learn to bond.

Sarah knew her business lunch with a potential new boss was off to a rocky start. She'd already shed tears while trying to explain her background-not out of nerves, but from a bad case of allergies that left her throat tingling and eyes itching. Her lunch mate was understanding, waving down the waiter to get a glass of water quickly, while Sarah tried to laugh it off and recover gracefully.

We've all been there: Some awkward situation during lunch, from forgetting obvious decorum (small talk before ordering, getting down to business after) to having to think on the fly (do I order a cup of coffee just because my lunch mate ordered a second soda toward the end of the meal?). Only now, navigating a business lunch is getting harder, in part because the latest trend in business meals is fast-and casual. Indeed, the average US customer eats lunch out 13% less frequently than a decade ago, often opting to nosh at his or her desk, run errands, or squeeze in a workout during the lunch hour.

Eating together in a restaurant during a negotiation can increase the combined value of the outcome by 12%.

"The business lunch is nowhere near the production it used to be," says Jason Treu, an executive career coach based in Dallas. "It has to do with expense accounts being scrutinized, living in a super-fast world, and people not developing relationships like they once did."

That said, there is plenty of evidence that discussing business while breaking bread is still a valuable ritual, whether an executive is trying to evaluate a candidate in a less guarded environment, or a manager is trying to get a better handle on team members. According to a study from Babson College, researchers found that eating together in a restaurant during a negotiation increased the combined value of the outcome by 12%. The study's lead researcher, Lakshmi Balachandra, noted that when people eat, their glucose levels increase, which can enhance certain brain activities.

But if business meals can be so helpful, how best to pull them off? In truth, some experts say the savviest executives get the most of a business meal by actually not eating. Or at least not as much. "One of my mentors told me you should speak in proportion to your ears-to-mouth ratio," Treu says. "You should listen twice as much as you talk, and that would leave some time to eat." Indeed, instead of reaching for the bread rolls, those who have eaten at least a snack in advance can comfortably-and confidentially-push their lettuce around and concentrate on what they're being told or want to say. Some experts say it also gives a psychological advantage if one side is starving-and chomping food down-while the other is calmly chatting.

Other smart pros have found that the placement of something as small as a smartphone during a meal can help (and hurt). Don't assume that all managers want you to put it away. Micromanager types, for example, might want to see an employee glancing at texts every so often to prove he or she can multitask. Others are, of course, completely turned off by the distraction and may find the practice rude. "It's very important to read the other person," says leadership consultant Nancy Halpern whose clients include Disney and Nestle. "Ask great questions and then listen and observe to pick up clues that may be subtle."

There are of course some other basic elements never to forget, such as coming prepared with topics to discuss, being aware of the surrounding noise (talk loudly if it's a sandwich shop for example), and eschewing hard-to-eat food. What's more, there's nothing more off-putting than starting out a lunch with an aura of stiffness. Being warm and curious about your lunch mate creates a comfortable environment, even if tough conversations may arise. "People's favorite subject to talk about is almost always themselves, so let them talk," Treu says. Research shows that 60% to 90% of communication with people is nonverbal, so a relaxed but confident body language is also important.

And as much as we should prep for business lunches, corporate psychologists say it's more important to read the scenario than stick to a script. Being flexible and gracious, Halpern says, "get you remembered much more than the next guy."

Categories
On the Clock
Networking
You May Also Like... 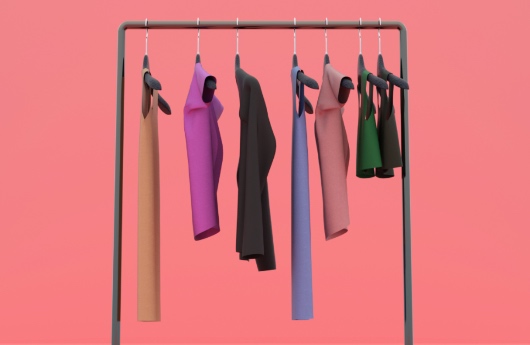