Where Are the Raises?

"I need a raise," Melissa Swann thought as she walked to work one morning. She had a lot in common with many Americans for two reasons. She hadn't received a decent pay increase in years and had little idea of the best time to ask.

Even in 2018, with unemployment reaching lows not seen in decades, pay raises barely keep up with inflation. In North America and Western Europe, real or inflation-adjusted pay is projected to rise by less than 1% this year, according to Korn Ferry data. The same is true for the Middle East and Australasia. In emerging markets, real wages are growing faster, but salaries are usually lower.

The average bump in wages is expected to be limp this year, but that doesn't mean you can't do better. There are smart times to ask for an increase and savvy ways to do so. Part of the story is that averages give limited insights. In other words, just because the average worker will get a pay adjustment of 0.9% over the rising cost of living doesn't mean everyone will. Some will get bigger raises depending on their roles and/or location.

The average worker this year will get a pay adjustment of just 0.9%.

When an industry is expanding and certain jobs are in high demand, expect salaries to increase. Tech workers, for example, are seeing good increases. The average pay for software programmers in California increased by 5% in the year through March, or more than 3% after inflation, according to state data. To maximize your raises, you need to understand the health of your industry, the profitability of your company, and be realistic about your own performance. That means checking out local salaries and analyzing your company. "You need to do your homework," says Joan Adams, founder of New York-based operations advisory Pierian Consulting. "If you are doing well, the company is doing well, and the boss is doing well, then you stand a better chance," she says. Conversely, if your industry is shedding workers, then hefty raises might not be in the cards. If so, consider shifting industries but in a similar role. Finance and HR specialists, for instance, should have little problem moving.

It's best to approach your boss a few months before review time. This gives time for the budget to get adjusted and for you to detail your expectations. Waiting until your review to speak up usually doesn't work. "Post-review is a terrible time-you don't get to whine afterward," Adams says. Put bluntly, it's over until next year. Likewise, don't spring the conversation suddenly on your supervisor. Bosses are human, too. When you have that conversation, ask what you need to do to earn the raise. Pay raises aren't given for fun. "My approach was ‘you tell me what I need to do to get to the next level,'" says Kathi Callan, an independent human resources professional who for decades oversaw General Motors' executive training program. She and her boss would discuss goals, then they'd agree on a plan. By review time, both had similar expectations. "It works remarkably well if handled correctly," she says.

Career consultants say it's unwise to threaten to quit as a tactic to prompt a raise. "No matter how you couch it to them, it will look like a threat," Callan says, adding that such a move can also ruin your reputation. That said, some companies only give increases when you're holding another offer. If the company isn't offering the right opportunities for you, then it's OK to quit and look for opportunities elsewhere. But that's a different conversation than one that's just about money. As Callan says, "It doesn't really pay to threaten your employer." 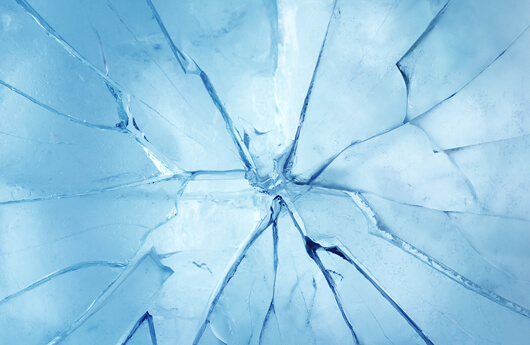 The Resolution You Will Break