Fewer than 20% of business travelers say spending time with their colleagues on work trips is enjoyable. How to push through the awkward coworker scenarios that may crop up.

Traveling for work, if you haven't done it much, can be a treat. Expensing your meals, sleeping in a comfy hotel bed, seeing new parts of the world-the perks are obvious, for many. Nearly 40% of millennial and Generation Z workers say they wouldn't even take a job that doesn't let them travel.

But seasoned travelers know that business trips can also be a giant headache, and not just when a hotel booking disappears or a flight gets canceled. For many people, spending morning to midnight with colleagues ends up being the biggest challenge of all. Indeed, only 15% of business travelers in one survey said spending time with colleagues was their favorite part of work trips.

Harvard University researchers found that people who travel for 14 days a month had significantly higher rates of health issues such as obesity, depression, and sleep problems.

Here's how to prepare yourself for a smooth trip.

Yes, having a packed day with back-to-back meetings and seminars can be tiring. But while you may be tempted to pass on nonessential gatherings like group drinks, doing so could mean missing out on a valuable opportunity to build social capital with your colleagues.

Social capital, which is loosely defined as the trust and shared connections that emerge as people get to know one another, is important for anyone who's looking to advance his or her career. "If you've ever asked a colleague for something in order to get work done, you know the response you receive depends on social capital," says Karen Huang, director of search assessment at Korn Ferry. Spending time in a fun setting with your colleagues is a great boost to social capital, and the potential downsides of missing out on this time can be huge, Huang adds. Inside jokes are formed, personality quirks are revealed, and people can bond over the Thai restaurant that served everything except the mango sticky rice that the CFO had a hankering for. If you don't develop strong bonds with your colleagues but they do with each other, you could get left out of the loop or perceived as less of a team member.

Be professional, even when no one else is.

Things can get weird on business trips. You may see sides of your managers and coworkers that you don't ordinarily see, like watching them get sloppy drunk at the bar or overshare about troubles in their personal life. Experts say this is common: spending time together on a business trip may create an intimacy that feels real in the moment, but doesn't hold up when everyone returns to their normal work context.

When traveling with colleagues, challenge yourself to be professional-resist the temptation to act as if you're with friends you've known your whole life, and steer any awkward conversations back to neutral ground. Maintain a level of professionalism in the way you act, speak, and dress. And, though it may sound silly, try to avoid working out at the same time as your higher-ups at the gym. "Whether you're in great shape or poor shape, working out with your boss is likely to consciously or unconsciously increase the saliency of your body in your boss's concept of you," Huang says.

Build in ‘you' time.

Let's face it: when you're on a work trip, you aren't on your typical schedule, which can have negative consequences on your health. Harvard University researchers found that people who travel for 14 days a month had significantly higher rates of health issues such as obesity, depression, and sleep problems. That's why it's critical to build in time for yourself. If it means getting up extra early to hit the gym or skipping out on sitting next to your colleague on the plane ride, do it. Don't feel pressured to spend every waking moment with your colleagues. It's a tricky balance, of course; you don't want to constantly look like you're doing your own thing, but you do have to listen to your own needs first.

The late-night dinners. The early-morning breakfasts. The huge, stomach-growling gaps between meals. For many travelers, eating is the worst part of business travel-in fact, according to one survey, 44% of business travelers say they eat worse while traveling than they normally do. That's why seasoned travelers often have their own just-in-case stash with them. "Google the area around your hotel, and get a few snacks from the store that keep you feeling energized and on your game," says Lauren Laitin, founder and principal of Washington, D.C.-based Parachute Coaching. It's a small thing, but when your stomach's growling at 2 p.m. and your company dinner isn't until 8 p.m., you'll be glad you did it. Plus, being the person who shares snacks can gain you new cred with colleagues. 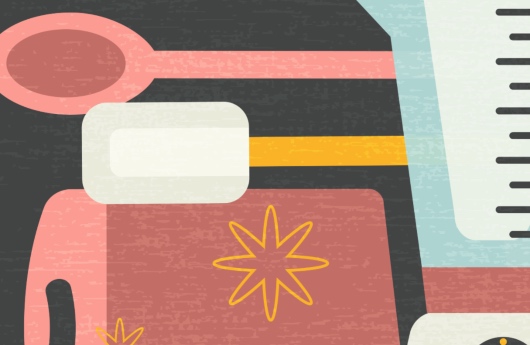 Preparing for the Performance Review 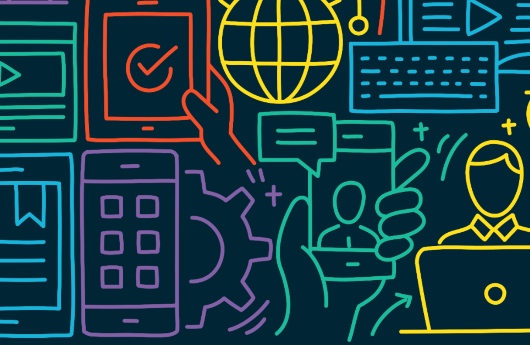 How to Lead Engaging Remote Meetings