One study found video chats make us less attentive. How to make your work—not your video background—the center of attention.

By now, chances are you’ve had at least one of those Zoom calls: the one where your colleague tried to use a virtual background, only to have his face muddled in green each time he fidgeted and messed up the green screen. Or the call where your colleague’s bookshelf was so prominent that you found yourself focusing on the copy of Fifty Shades of Gray that’s front and center instead of her directives.

And while some grace period can and should be allowable as we navigate our new working environments, experts say virtual meetings are here to stay—even though they make us work harder because they require more thinking to process expressions, tone of voice, and body language, Insead organizational behavior associate professor Gianpiero Petriglieri told the BBC. Indeed, one study from Germany found that delays of 1.2 seconds on conferencing systems made people think the person on the other end of the chat was less attentive.

If you have the space, experts say it’s a good idea to have a variety of Zoom backgrounds, such as the one for an informal chat with colleagues versus a more formal setup for, say, doing a media interview with CNN.

But with video conferencing in our foreseeable future, here are some tips for how to foolproof your Zoom backgrounds.

If you have the space, experts say it’s a good idea to have a variety of Zoom backgrounds, such as the one for an informal chat with colleagues versus a more formal setup for, say, doing a media interview with CNN. Consider things like where the light is—you don’t want it behind you, or else your entire face will be dark—and soundproofing. If your informal setup is right next to where your kids blast cartoons, chances are your Zoom attendees will hear them. And don’t forget about pesky mirrors and the reflections that may crop up if someone else walks in front of them. One way to keep it professional while mixing it up is to use peel-and-stick wallpaper, says Gabrielle Lennox, a Korn Ferry Advance career coach. You can choose a variety of patterns and only cover the portion of your room where you do your calls.

As we’ve seen throughout the two months in lockdown, many people choose bookcases as a background. And this sort of makes sense: they can seem stately and often are in our home offices already. But if you’re going to go that route, ensure that the shelves aren’t completely disheveled, or that titles that can be seen are harmless. Another popular choice is Zooming in front of a piece of artwork. While this seems innocent enough, be sure it doesn’t cause participants to focus on it instead of you. In one town hall meeting, an employee of an oil company couldn’t focus on what the CEO was saying because of the Chinese artwork behind him. “I kept wondering what the saying meant,” she says.

Give a taste of your personality—but not too much.

Without face-to-face meetings these days, the icebreaker parts of video calls can be difficult to get through—especially if you’re waiting for the host to hop on. Your background, though, can make for great conversation starters, says David Ginchansky, a career coach at Korn Ferry Advance. One marketing manager who loves to surf, for example, does his calls in front of a surfboard hanging on his wall. And at the beginning of the pandemic, an IT guy who loves to make jokes set up his Zoom call in front of a palette of toilet paper. “Just keep in mind who your audience is,” Ginchansky says.

Categories
On the Clock
Smarter Working
You may also like... 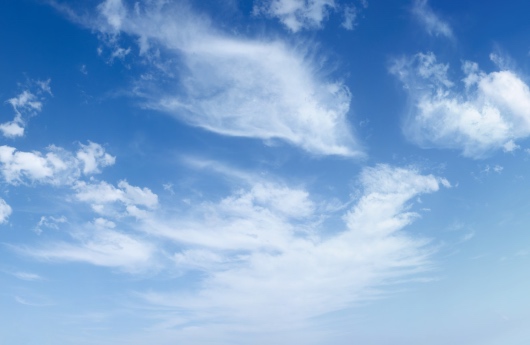