The Perks and Perils of Working Remotely

The virtual work phenomenon is here to stay, and it’s only going to involve more people over time. To be successful, virtual workers need to be seen, says Korn Ferry CEO Gary Burnison. 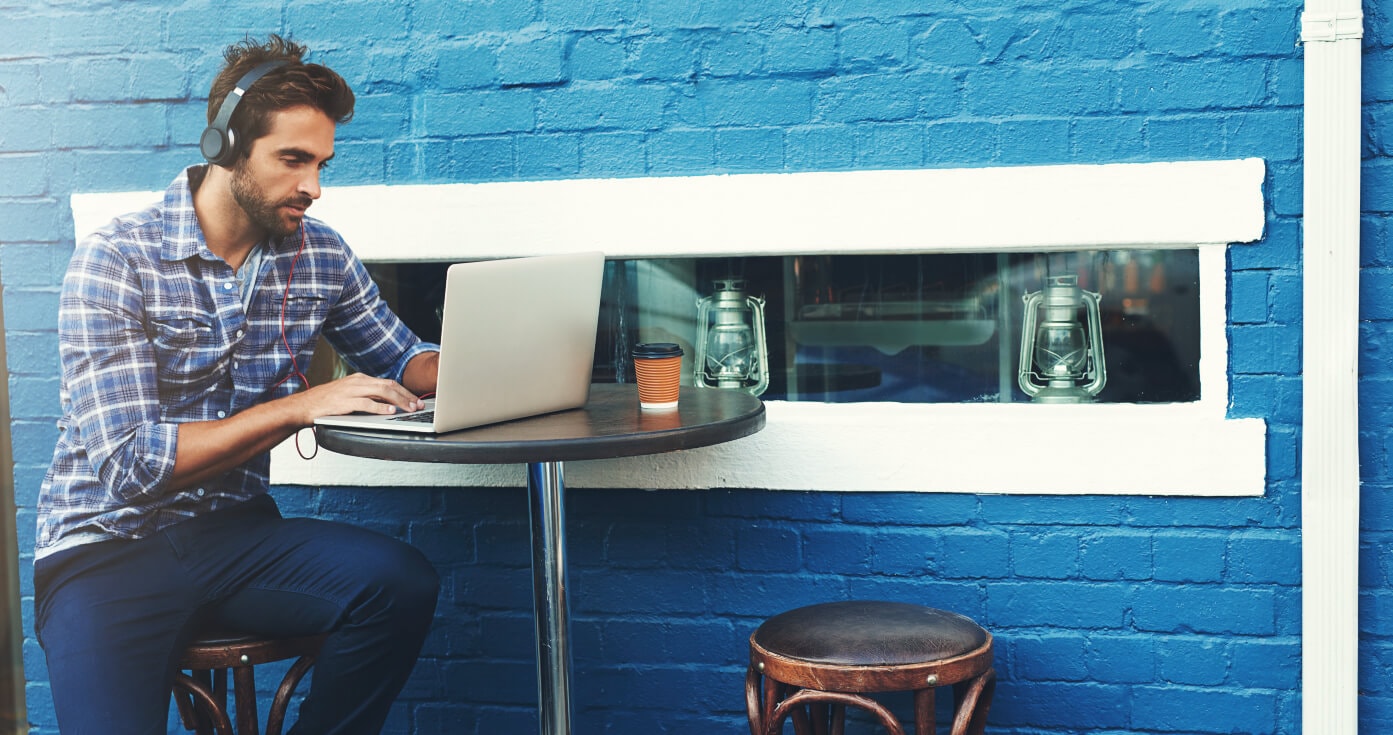 You see them in coffee shops, restaurants, and bookstores—anyplace with Wi-Fi, power outlets, and a decent chair. Two percent battery life is the kiss of death, second only to loud noises, which send them scurrying away like Dracula from light—clutching their laptops and pressing their smartphones to their ears.

I’m talking about the legions of virtual workers, who account for an increasing amount of the workforce these days. As more companies (including ours) embrace virtual work arrangements, there’s no denying the perks of working virtually.

There’s time for everything—your work and your workout. One afternoon recently, the CHRO of a large firm called me about a reference for a senior executive I knew. I could hear booming and clanking noises in the background and loud breathing. “Where are you?” I asked. Without missing a beat, the person replied, “Hang on—let me step out of the gym.”

Even if the "work-from-home person" is recognized for being a great individual contributor, the perception may be that they lack leadership potential.

While that may have been unheard of just a few years ago, today it’s pretty acceptable because people are working everywhere and at any time. That’s why it strikes me as curious when companies say they want to move to a four-day workweek or other flexible work schedules when the truth is technology and a 24/7 mentality keep people connected all the time—for better or worse, and probably for worse.

It’s been reported that working virtually can cause feelings of isolation and loneliness, particularly among the younger generations. But is this really surprising? Absolutely not. Despite all of the technological advances, there is simply no substitute for human interaction.

Plus, when someone is known as the “work-from-home person,” it can be difficult to overcome. Even if they’re recognized for being a great individual contributor, the perception may be that they lack “leadership potential.” Unless a company is wired for managers and leaders to work virtually, people need to be aware of this possible career trap.

To avoid hitting this wall, virtual workers need to strategically (and physically) be SEEN:

It’s more than just performance. It’s about taking control, setting goals, and communicating regularly with your boss. Whether you work virtually or in an office every day, you need to initiate a dialogue with your boss around priorities and short-term goals and how you can contribute to team success in a big way.

You need to own your performance objectives—setting expectations with your boss for what you’re going to deliver and when. Establish a series of check-ins to make sure you’re on track and update your boss on what’s been accomplished.

E: Engage with the team

Culture is everything, and people who work remotely will have a harder time weaving into the company culture. As an example, they won’t have the advantage of team building that happens in the moment, from spontaneous lunches to discussions in the office kitchen.

Even when they dial in for meetings, virtual workers can’t be part of that casual meeting-after-the-meeting. To compensate, virtual workers need to find other ways to engage—socially, by Facetime, WeChat, phone, and videoconference. And, equally important, they need to…

When people sit in the same room and start talking, collective genius can be born. To be part of that magic, virtual workers need to enter the office—to engage with others. This isn’t just about meeting leaders, though. Virtual workers need quality face time with colleagues— lunch or coffee together—to see and hear them and be seen and heard.

We’ve all taken that impromptu call just as the flight is about to board. That’s not what we’re talking about here. This is about planning for when and where to take a scheduled or more formal call. It’s fine for a virtual worker to take a call while camped out at the coffee shop, despite the chatter.

But that’s not the case for scheduled calls when unexpected background noises boom into everyone else’s earbuds—the barking dog, the doorbell, the microwave door, and (dare we say it) the toilet flush.

And while I’m at it, too often people think the mute button has magical powers. Mute isn’t permission to multitask on other things or to slip off the call “unnoticed.” Last week, five of us were on a call. When someone asked “Matt” what he thought, there was silence—eerie silence. After what seemed like an eternity, Matt piped in. Obviously, I couldn’t help but wonder what else he was doing. So, while it’s okay to go “on mute” as a courtesy because of background noise, stay engaged.

The virtual work phenomenon is here to stay, and it’s only going to involve more people over time. To be successful, virtual workers need to be SEEN.