From Moving Boxes to Becoming CEO

Korn Ferry CEO Gary Burnison explains what he picked up on his first job that helped propel him to the C-Suite.

I'll never forget the date: Sept. 4, 1984. There I was in my Brooks Brothers suit and my shiny new wingtips, carrying the hard-sided leather briefcase that was empty except for a handful of pens and pencils.

Having grown up in a small town in Kansas, I'd never been in a skyscraper office building before I went on job interviews. But as a graduate of the University of Southern California and having passed the CPA exam, I was fortunate enough to receive several job offers from accounting and consulting firms. On that early September day, I parked my new Mazda 626-the LX model, of course-that cost me $14,500, just $5,000 less than my annual salary (I'd never had a new car before).

I walked through the heavy oak door of Peat Marwick Mitchell (today, KPMG) like I'd arrived-until I met all the others. There were 125 of us in that year's "class" of new hires, just in the Los Angeles office.

Over the years, I've noticed how hustle and hunger quash pedigree every time.

Then they gave us the speech: Within two years, 50% of us would be gone-and even more within four years. Only one or maybe two of us would ever make partner.

From that first day, I could see there wasn't anything "special" about me. Everyone in that room was smart-that was just the table stakes to get hired.

And so began my real education, with takeaways that lasted for thirty-five years and counting: the importance of two key principles-humility and hustle. As I learned through the trial and error of that first job, you can't succeed without those two H's.

Humility: Drop Your Ego and Do What Needs to Be Done

Humility is a lesson best learned early in your career, before you've risen too far so the fall back to "reality" isn't such a drop. Walking in that first day, I found myself in a sea of men and women all in their "Sunday best" suits.

All week, I moved boxes from office to office and between floors. I heard others complain, but I'd worked summers in college as a mover-although that wasn't in a suit I couldn't afford to get dirty.

When I was done with the boxes, I was given a phone book and a 10-key calculator and told to add the rows of phone numbers to sharpen my 10-key skills. Ridiculous busy work? For sure. But I did it without complaint, because that's what I was asked to do.

Hustle: The Drive to Do What It Takes

Certain people at the consulting firm stood out because they just "did it." They had "hustle."

Over the years, I've noticed how hustle and hunger quash pedigree every time-even if someone is an Ivy League graduate or has an Ph.D. It's been shown that people who have toscramble in their careers not only do well (and often better than their pedigreed peers), they learn from their failures and end up in a career that yields greater satisfaction. If things are too easy or if privilege opens all the doors, the result can be misery and discontent-no matter how much money you earn.

All my young life, I hustled: delivering newspapers, painting houses, working construction-you name it. It wasn't that we were poor; it's just that we didn't have any money. There is something about seeing, as a kid, all the furniture being repossessed and taken from the house that chills your bones. That image reminds me daily of where I came from and, more important, who I am.

My firstrealassignment at KPMG was doing inventory in a cavernous warehouse. My trial-by-fire from the warehouse manager was accepting (and drinking) a cup of coffee from a dirty mug he pulled straight out of the sink. As if to "sanitize" it a little, he ran the mug under the faucet for two seconds and used his fingers to wipe off the dirt. Most important, I earned the respect of that warehouse manager who saw that I wasn't just another "college grad" who wouldn't get his hands dirty. I had done this type of work before - from crawling over pallets to scaling piles of boxes.

Flash forward nine years from that first job: I was among less than a handful of people from my Los Angeles "class" at the firm who made partner. Flash forward 23 years to 2007, I became CEO of Korn Ferry. So much has changed in that time-successes and failures, all lessons I've embraced.

No matter where your path takes you, the two H's-humility and hustle-will keep you grounded in reality, help you learn from your failures, and drive you to make tomorrow better than today.

A version of this article appears on forbes.com. 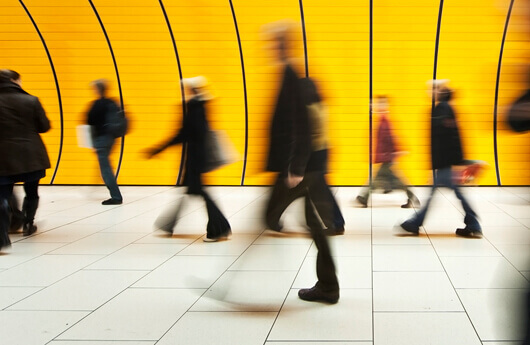 Working and Surviving with ADHD 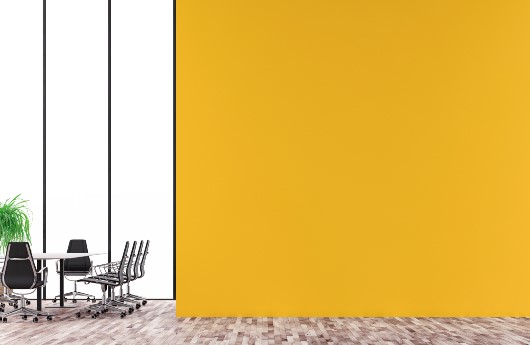 Interviewing: The Good, The Bad, and The Awkward